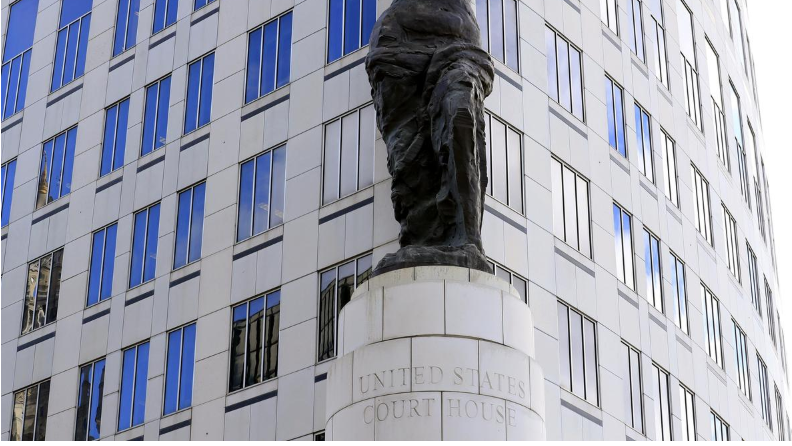 This article was originally published by Reuters.

CLEVELAND (Reuters) – A landmark trial over the U.S. opioid epidemic is on track to begin on Monday after drug companies and local governments failed to agree on a settlement on Friday that had been expected to be valued at around $50 billion.

Top executives of the largest U.S. drug distributors and drugmaker Teva Pharmaceutical Industries Ltd left a Cleveland courthouse on Friday and lawyers for states and thousands of local governments said there was no agreement.

The parties and four state attorneys general had been summoned by U.S. District Judge Dan Polster, who could be seen on Friday shuttling between the groups in separate rooms.

Paul Hanly, a lawyer for local governments that brought the bulk of the thousands of lawsuits stemming from the addiction crisis, said his team “fully expect” a trial to begin Monday.

Hanly said local governments which brought the bulk of the 2,600 lawsuits were “not on the same page” as the state attorneys general involved in the talks.

After nearly 11 hours of negotiations, Pennsylvania Attorney General Josh Shapiro told reporters it was “profoundly disappointing” that local governments would not go along with a settlement he valued at $48 billion, including $22 billion in cash and $26 billion in products and services.

Earlier in the week, the three big distributors and Teva proposed a $50 billion settlement, two sources told Reuters. That proposal also included Johnson & Johnson, although the healthcare conglomerate was not invited to Friday’s talks because it has already settled with the plaintiffs in Monday’s trial.

Shares in the companies rallied through the week with hopes that a settlement was within reach. After Hanly’s comments late on Friday, shares of the companies sank as much as 3% in after-market trading.

Together, the companies will be defending themselves at Monday’s trial over allegations they fueled an opioid addiction crisis that caused roughly 400,000 U.S. deaths from 1999 to 2017, according to government statistics.

The distributors have been accused of failing to flag and halt suspicious orders for opioids, while drugmakers are accused of promoting benefits of the drugs while playing down their risks.

The distributors have insisted that they were shipping FDA approved medicines prescribed by doctors. The drugmakers have also denied any wrongdoing.

Hanly said discussions would continue, although he did not expect face-to-face talks to go through the weekend.

Another attorney for local governments, Paul Farrell, said the attorneys general are attempting to decide among themselves how to allocate the settlement money, without input from the local governments.

While the cases pit governments against large companies that profited from the use of opioids, there is also tension between cities, towns and counties and their state governments over the right to bring the cases and control the settlement proceeds.

Farrell said there was also an effort underway to reach a narrow settlement with just the two Ohio counties of Cuyahoga and Summit that are the plaintiffs in Monday’s trial.

A bellwether trial gives the parties a chance to assess a jury’s reaction to the allegations, which could then shape a settlement of all the litigation.

Other defendants in lawsuits overseen by Polster include Johnson & Johnson, Mallinckrodt Plc, Endo International Plc, Walmart Inc and Allergan Plc, among others.

OxyContin maker Purdue Pharma, viewed as one of the main culprits in fueling the opioid crisis, is also no longer part of the Ohio trial after declaring bankruptcy.